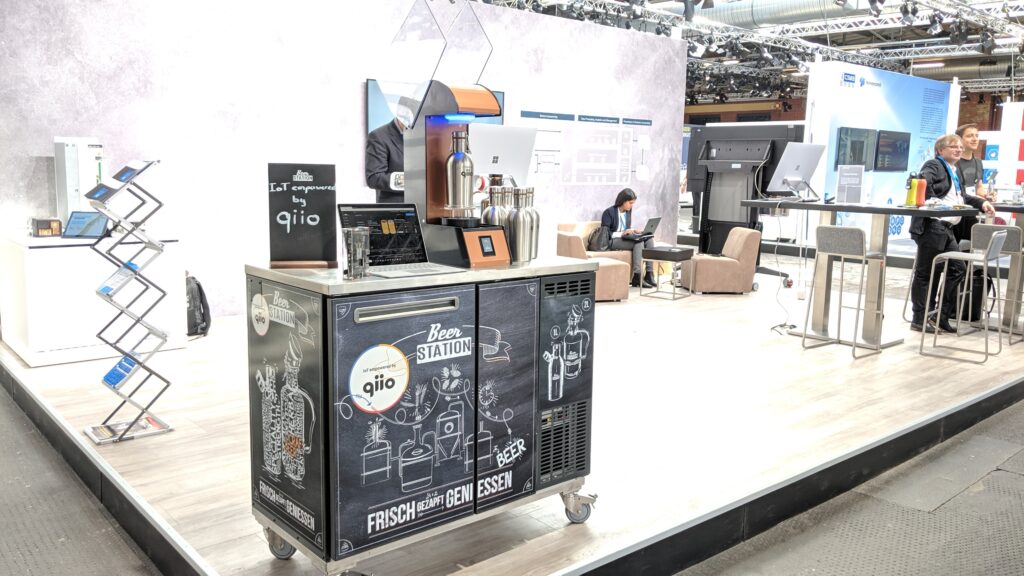 Bosch ConnectedWorld finished last week. qiio participated in the exhibition and showcased an IoT solution for the beer industry.

qiio presented its solution for the beer industry. Beer Station, a draft system IoT-enabled by qiio, is an autonomous beer draft system for end consumers. With the concept of zero waste, an end customer can fill up beer with their refillable bottles. In addition, Beer Stations also allow the brewery to introduce a small amount of new beer to their customers for market research.

The IoT version of the Beer Station designed by qiio monitors and analyzes beer consumption in real-time. The cloud portal will show how much of which beer is being consumed, when it is being consumed and where. When a beer tank is empty, the system will report automatically. As a result, a bar operator will have non-stop beer supply. On the other hand, the brewery can cluster different customers to create a smart route plan.

This solution is secure and end-to-end. Check this blog post to learn more about the value of end-to-end solutions. 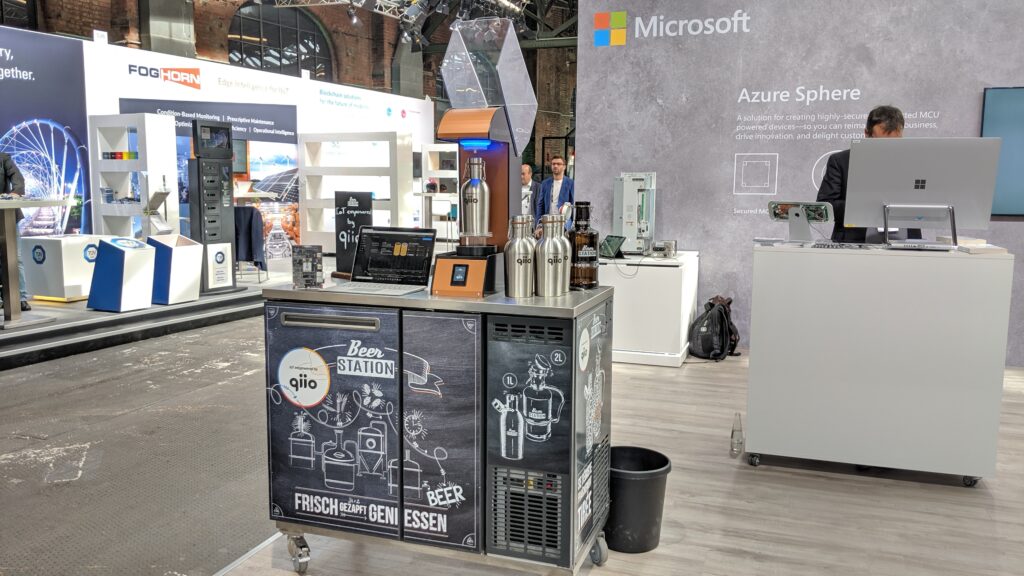 From 5th to 6th June, we will participate in automation&electronics 2019 in Zurich Exhibition Hall. We look forward to seeing you there at Booth C17!

qiio® is a registered trademark.